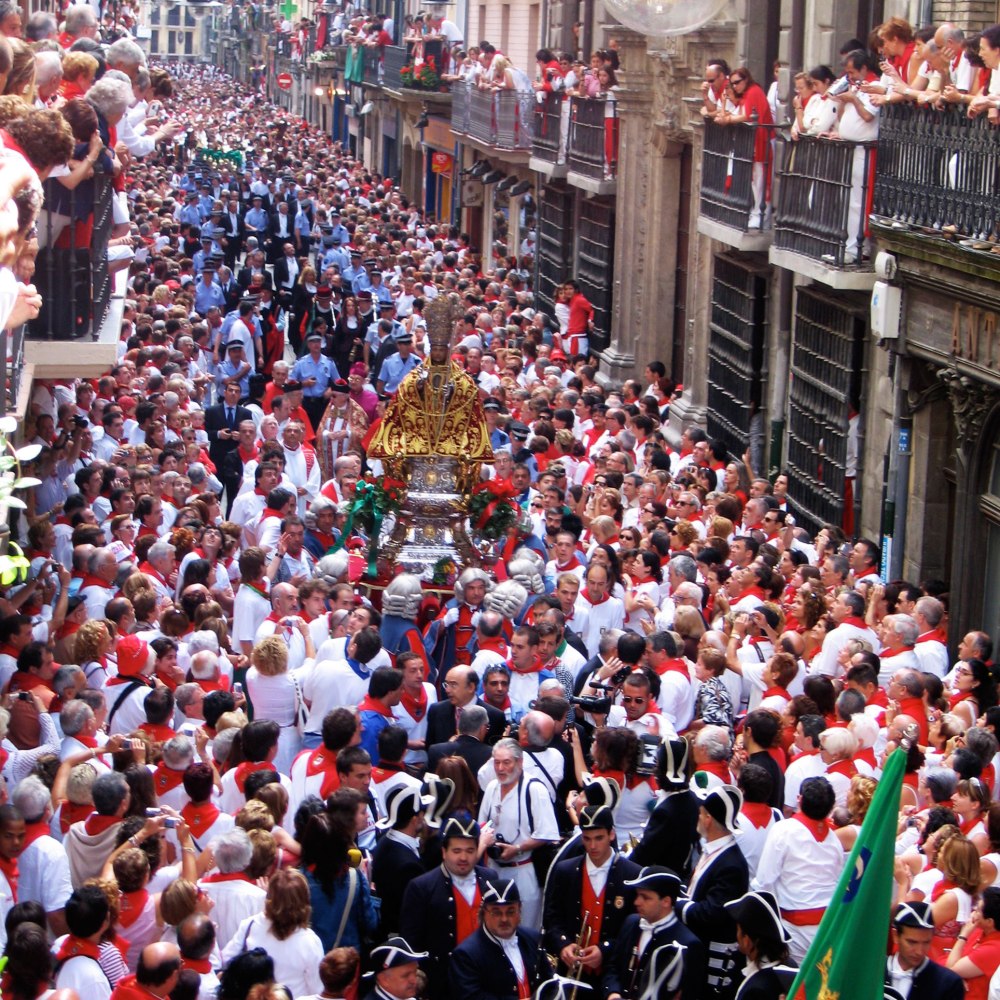 July 7th is an official religious holiday and the most important day of the Fiesta.  At 10:30 on the morning of the 7th, thousands of Pamplonicas, dressed in the traditional costume of white and red, take to the streets to accompany the 15th-century, polychromed, silver-covered statue of San Fermín, clothed in a beautiful cape of red and gold, as it leaves its chapel in the Church of San Lorenzo, on Calle Mayor, at the entrance to the Old Quarter, the Caso Antiguo, to be paraded around its narrow streets by the civil and church authorities of the city in a religious procession of song, dance and prayers, lasting several hours before finally ending back at the Church of San Lorenzo with a holy mass to honor the patron saint of the fiesta, Pamplona’s parton saint of the fiesta.  The Comparsa de Gigantes, the Company of Giants, marches at the head of the procession. Behind come the ecclesiastical authorities, buglers, kettledrums and txistularis, traditional flute players, who precede the statue of the Saint, followed closely by the Archbishop of Pamplona, the mayor and city council members, and bringing up the rear is the beloved Pamplonesa Municipal Band.  Here the Giants dance to the sounds of the  Gaita and Txistu, traditional Basque flutes, as the bells of the Cathedral ring out. 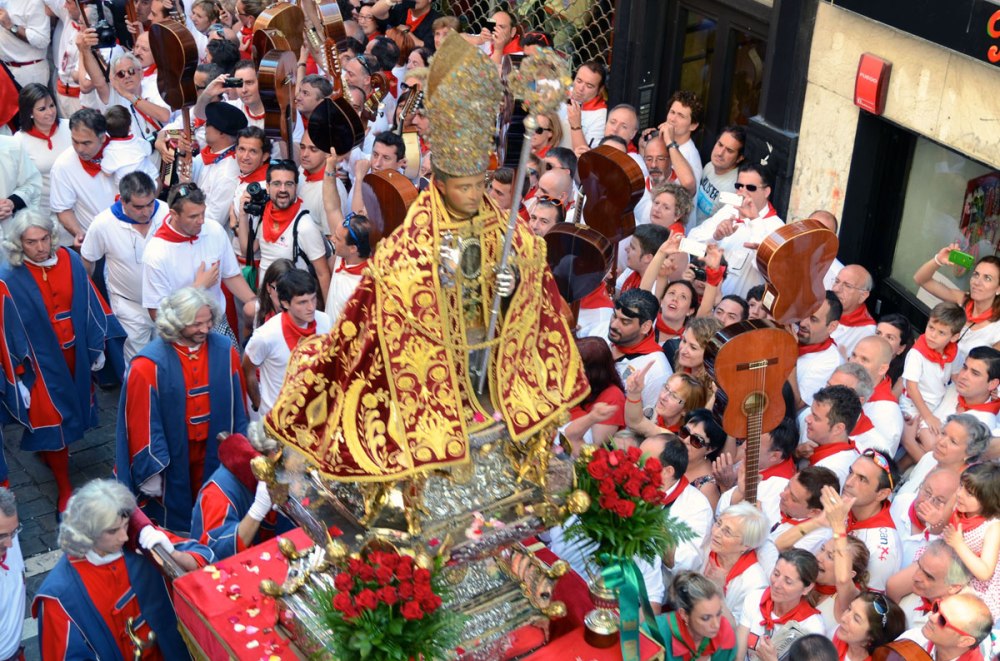 After mass, the Comparsa de Gigantes head back to the Plaza Consistorial, to dance to the delight of the thousands of Pamplonicas filling the plaza in front of the town hall.  From there its off to lunch!